According to Garda figures, 17 people have been arrested for driving under the influence of an intoxicant within the Galway Division in the last two weeks.

On average over two people a day have been arrested for the offence since the Christmas Road Safety Campaign started on 29th of November.

Nationally over 300 people have been arrested since the Christmas campaign began.

136 people have lost their lives on Irish roads this year, which is an increase of 8 deaths on the same period last year.

Cathaoirleach of the County Joint Policing Committee Councillor Jim Cuddy says drivers have had sufficient warnings and should know better. 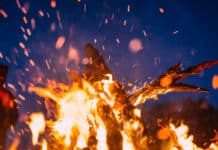 450 thousand euro arts programme for Tuam to launch next week