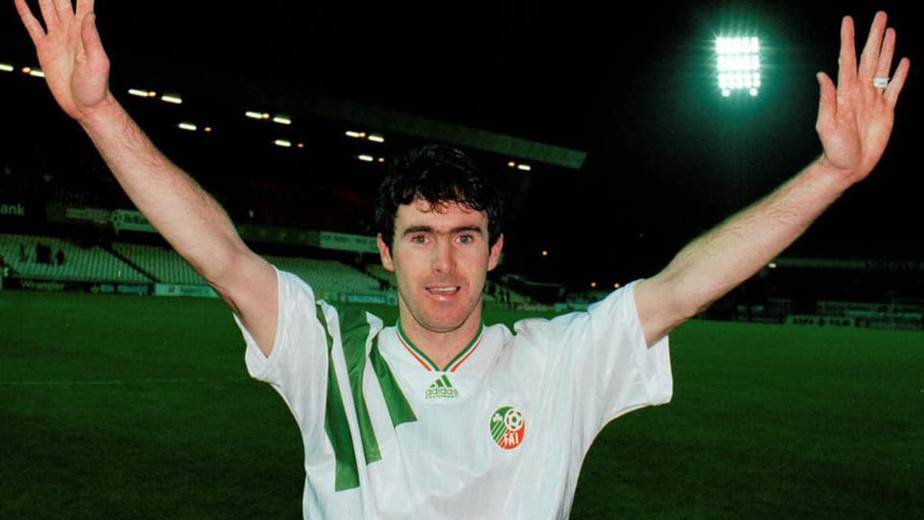 Galway Bay FM has learned that Irish soccer legend Alan McLoughlin has passed away at the age of 54.

He revealed in March that he suffering from cancer.  He was first diagnosed with a kidney tumour in 2012 that was successfully removed.

McLoughlin scored that famous goal in Windsor Park in 1993 that sent the Jack Charlton’s Republic of Ireland to the USA World Cup the following year.

It was one of two goals he scored in 42 international appearances between 1990 and 1999.

Alan’s dad Paddy, who passed away earlier this year, was originally from Cloonkeely, near Kilbannon, just outside Tuam; before emigrating to Manchester.

Alan began his football career as a trainee with Manchester United in 1983 before turning professional two years later.

He made 109 appearances for Swindon Town; but his most notable club stint was with Portsmouth between 1992 and 1999 – scoring 54 goals in 309 outings.

For Irish soccer fans, he will always be best known for that equaliser against Northern Ireland in the World Cup qualifier at Windsor Park.