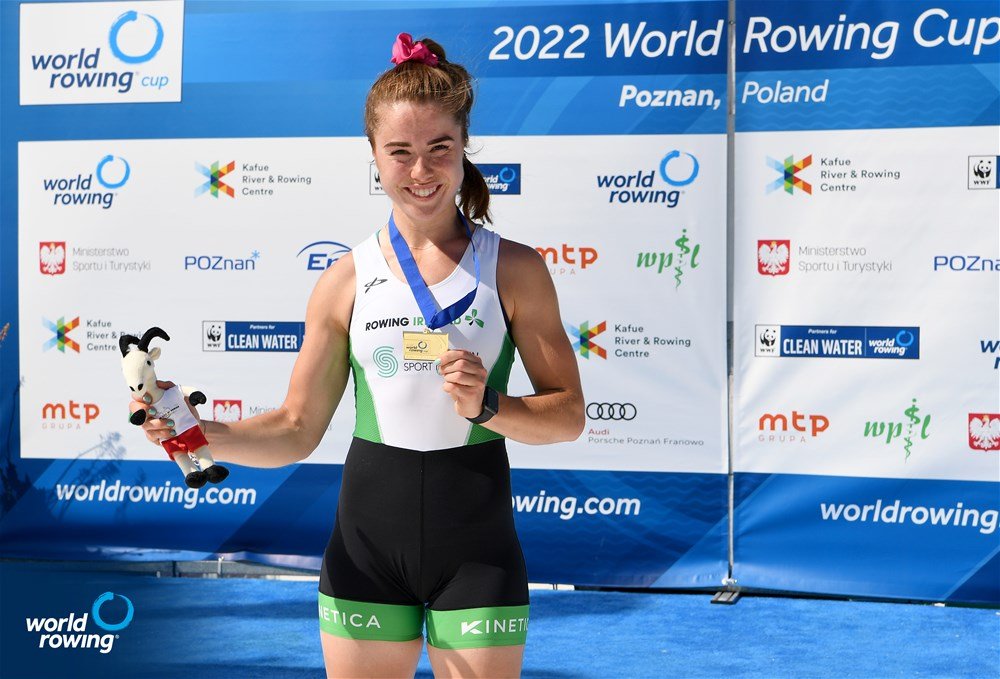 The Galway Rowing club graduate’s time of 9’14.65″ was a new world record, knocking 10 seconds of the previous best.

It was the highlight of a successful weekend for Irish rowing as six of their eight crews returned home with silverware, including Galway duo Fiona Murtagh (women’s pairs) and Aifric Keogh (women’s fours).

Katie nearly added another medal on Sunday when herself and partner Steven McGowan came fourth in the mixed pairs race. It was a good showing for the new partnership.

The mixed pairs offers Katie her best chance of reaching the Paralympics in Paris in 2024 as the PR2 singles sculls is not an Olympic event.

While enjoying a day off before returning to training, she chatted with Galway Bay FM’s Darren Kelly about the weekend and her future plans.