Irish international Ultan Dillane could make his 100th Connacht appearance on Sunday after he was named in the matchday 23 to face Zebre in the Guinness PRO14 (k/o 2.30pm Irish time).

Dillane is among the replacements for Andy Friend’s side, which shows six changes from the team that lost to Scarlets at The Sportsground last weekend. Dillane made his Connacht debut in December 2014 and was a starter in the Guinness PRO12 final 18 months later.

Meanwhile Sean O’Brien has ended a long injury absence to be handed his first starting jersey in nearly two years. The Galway native last started for Connacht in the 2018 Christmas interpro against Ulster, with his only appearance last season coming off the bench against Leinster in November before suffering serious shoulder and foot injuries.

O’Brien lines out in a new look back row with Sean Masterson at openside flanker and Jarrad Butler captaining the side from number 8.

Sean’s brother Eoghan is drafted into the second row alongside Gavin Thornbury, while there is a change of both props with Denis Buckley and Jack Aungier starting alongside hooker Shane Delahunt.

In the backs Colm Reilly and Jack Carty continue their half-back partnership, while Tom Farrell comes into the centre alongside Tom Daly with Sammy Arnold moving to the wing. Alex Wootton and John Porch complete the side.

Commenting ahead of the game, Head Coach Andy Friend said:

“While there was huge frustration and disappointment with last week’s result, we’ve parked that now and put all our focus and energy on picking up a win in Italy. Parma can be a tough place to go but first and foremost we need to return to the level performance I know we’re capable of.

I’d like to congratulate Ultan Dillane on potentially making his 100th appearance for Connacht, and I’m also delighted to welcome Sean O’Brien back in the side after his long layoff. I’ve seen first-hand the efforts he’s made to get back to full fitness, so his return is a big boost for us.” 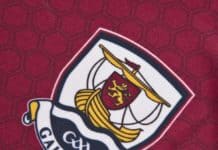