A successful week saw athletes competing at the World University Games, U23 European Athletics Championships in Gävle and the Irish Rowing Championships.

The World University games saw a total of 6 NUI Galway Athletes compete across Women’s Soccer, Men’s Soccer and Archery over the 11 day period of the games.

Aislinn Meaney, Elle O’Flaherty, Sadhbh Doyle and Shauna Fox finished 4th place with the Women’s soccer team as they lost out to penalties 4-2 to Russia in the 3rd place playoff.

Maurice Nugent started all but one game in a tough two weeks of competition where the Men’s side came a respectable 8th place, Losing out on penalties to a strong French side in the 7th/8th place play-off.

Róisín Mooney also made a significant name for herself within the Archery World. While being the first female to qualify for the games is a feat in itself she also secured an Irish record of 624 to secure her place at the games.

Unfortunately Róisín met a stronger opponent in the knock out stages.

She managed to finish 33rd overall, a fantastic finish for an archer with a very bright future.

A PB of 13.57 and a 4th place finish in her semi-final meant Sarah managed to finish 12th in the overall standings of the event.

Sarah also helped the Irish 100 metre relay team to the final at the championships where they finished in 4th place, just short of a medal place.

In addition to this they managed a further 7 2nd place finishes and one 3rd place finish over the course of the weekend.

An incredible weekend seeing every single NUI Galway Boat featuring on the podium!

Eoin Moorehouse competes at the U23 Canoe Slalom World Championships in Krakow, Poland tomorrow with his first run at 8:04am (Irish Time)

A fantastic week of sport at the university and it is clear the future is very bright, with plenty more to come in the next few weeks 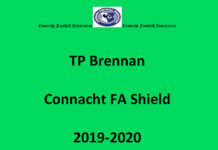