Galway Bay fm newsroom – A Salthill secondary school has been named among the top schools in the country when it comes to the number of students who progress to third level education.

In 17th position is Coláiste Iognáid in Galway City, which is also ranked 5th in a list of the top non-fee paying schools across the country.

Also included in the top 50 schools nationwide is Dominican College in Taylors Hill. 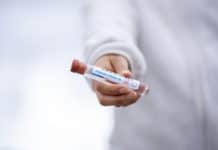